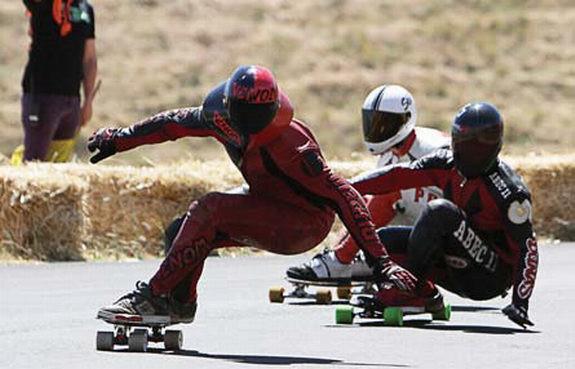 I didn’t get into longboarding by myself. Sure, I got that first little cruiser board by myself (It was the best impulse buy that I have ever acted on), but everything after that was chosen by other people. What I mean by this that I didn’t really motivate myself. I was motivated by many different people in the community, both big-time and small-time, and all that and their words are really what got me to where I am now. So I want to tribute them and talk about them a little bit.

My biggest inspiration from the get-go was Zak Maytum. No, I haven’t met him, nor does he really know that I exist, but there are many things that he did that really pushed me to get better and get more and more involved in the community. First of all, he’s a great rider who makes awesome media for the community. He strives to show how good he is in a way that encourages others to follow closely suit. He posts raw runs of roads no one’s ever seen before, along with runs that people may never skate again. He employs some questionable tactics (footbraking at 60 miles an hour, what a legend), and that’s subsequently made those tactics and techniques pretty acceptable in the community.

As you can see, he’s extremely, extremely fast. I would say there was an average speed of around 50 miles an hour on that run. I find it pretty impressive how he does this in a plaid shirt and jeans. A fall would’ve meant some pretty serious injuries.

However, his riding isn’t the only thing that really got me going in the community. It’s what he does and contributes to the sport that really inspires me as both a rider, a writer, and a summer employee at my local shop.

Zak is the big boss-man of Venom Bushings, a pretty powerful company that really has a part in determining the feeling of a lot of longboard setups. However, it’s the fact that Zak sponsors events and riders that really makes a lot of the community roll around. With his help, many events are able to gather a large riderbase, which results in those events succeeding in terms of profit and sustainability, which is awesome.

It’s a rider like this that I try to base myself around. I ride hard, but I also dedicate a lot of my time to making sure that my local community runs just as well as I would like myself to run. In my spare time, I invite new riders to my house to come look through my box of parts to see if they have anything that they want. I help them dial their setups in, from cruiser setups to downhill or freeride setups so that they can enter the community and feel right at home, just like my local community did for me when I first started out.

It’s important to be like this. In such a tight-knit community like the longboarding community, it’s important that you as an individual rider help the community in a big of a way as you can. It’s pretty understandable that no, not all of us can start companies like Zak did and sponsor events, but we can totally improve the riders around us by being informed and helping each other create the perfect setup or offer advice about how to take the next hill or maybe teach a slide.

I remember back when I first started, I met my good friend John. John is one of our scene’s top riders, he takes the steepest hills, takes the sharpest corners and he does the longest slides. I’d say that he’s probably the next to be sponsored by a large company.

John was the guy that encouraged me to fully enter the community. I’d been wanting to for a while, but I was never sure, expecting to fall behind because everyone had already been skating for a while. John came along and told me I was wrong. He came halfway across the city to come skate with me, a grom who back then had a cruiser board with some wonky gear. But he didn’t comment on that. He taught me form, he gave me some tips about how to set up my gear, told me to get more comfortable with my board. He told me I was tense and that I should relax more, that things are actually a lot easier than they seem. And he was right. He kept inviting me to events and introducing me to friends that I now skate with almost twice a week. He didn’t just kind of leave me on the side of the circle, he brought me right into the bustling center of it.

I remember how at my first night ride, he took me and just announced to everybody that there was a new rider. He didn’t call me a beginner, he called me a “rider”. One of them. That made me feel extremely encapsulated in the community that would pretty soon become one of the central pivots of both my physical and social lives.

If you’re experienced and have been longboarding for a while, be like John. Be the start of a new community, be the person who will bring people in and make them feel welcome. You may be one person in a sea of many, but you can be the one person who does the work of 10. It’s people like this that make the community go around.

If you’re a beginner, be assured that there are many Johns around. As long as you look and ask for help, a John will come by and show you the ropes. It’s an extremely friendly community to get into as long as you look!

And as always, wear a helmet. Ryan L, Longboarder.