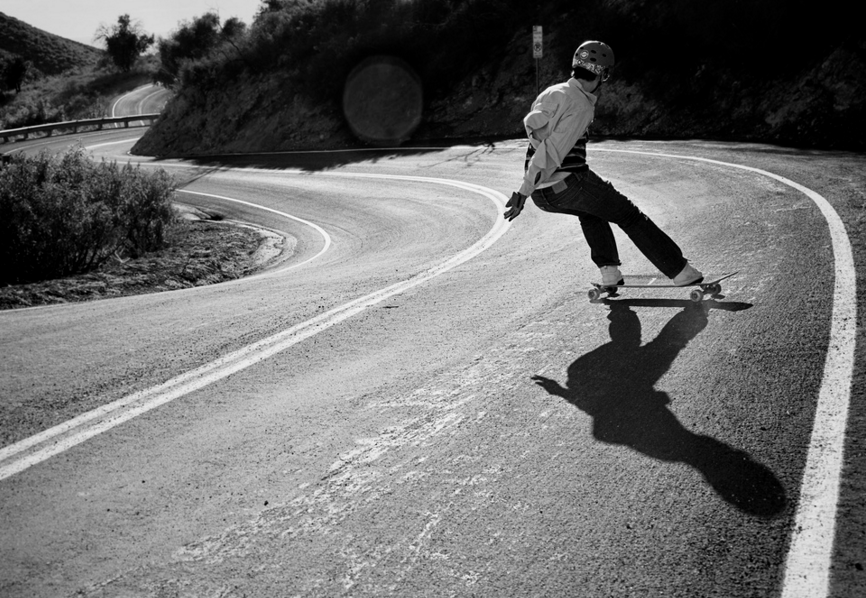 Improving/Morphing the image of longboarding.

In my experience in the community, I’ve quite often noted the light that longboarding is portrayed in as a sport and activity by the general population.

To start off, it’s worth noting that downhill longboarding isn’t nearly as official as many people would like it to be. It isn’t recognized as an X-Games sport, nor is it all that recognized as a mainstream sport that is able to be competed in a civil manner. Longboarding is seen more as a hobby or pastime to most people who are largely uneducated about the sport, which is unfortunate. After some intense thought, I have come to build an explanation as to why this is the case.

Much of this situation stems from the way that longboarding is portrayed in the media.

However, the coverage of longboarding is actually much more direly ignorant. Usually, longboarding ends up on local news as a dangerous extreme sport that reckless kids do and get hit in the process.

None of the safe aspects of the sport are broadcast at all, it’s usually videos of uneducated long boarders racing down busy highways and public roadways without spotters and proper safety equipment, which is understandably met which much anger and hate from populations around the area.

There is also a plethora of longboarding crash videos which show people being bodied by cars and curbs, which doesn’t help the situation at all.

What they don’t realize is that longboarding is actually as educated as skateboarders and other extreme sports, such as BMX biking and downhill cycling. Spotters are used by smart people wanting to ride smart, safety gear is worn, and the skaters themselves don’t push themselves beyond their abilities.

Races are always held on closed roads, EMS and medical staff may be on scene as well. The point is, longboarders take many safety precautions as well, but the media turns a blind eye to these precautions.

There are great ways to prevent your local longboarding community from being shown in a bad light.

One community at a time, it is absolutely necessary that we improve in image and reputation if longboarding is to become recognized as a viable sport for anyone.

Wear a helmet, wear protection. The less people get hurt, the more people will appreciate the way we go about bombing hills and cruising fast. Don’t show people getting hurt. If you get a video of a friend crashing, don’t show it. But most importantly, make sure you enjoy the sport. Saying good things about longboarding out of your heart will make people want to try it out. We want new friends! We want new ride buddies! Don’t be afraid to teach them how to longboard.

Ps Peace and love Magneto – the best longboard brands ever!